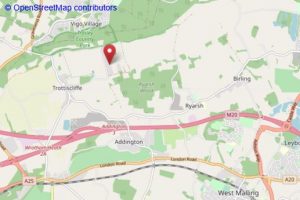 The Coldrum Long Barrow also known as the Coldrum Stones and the Ascombe Stones is located in Pinesfield Lane, in the village of Trottiscliffe (locals pronounce it Trosley). It’s near West Malling, Kent, (Postcode ME19 5EG or map Ref TQ654607). The site is managed by the National Trust, its free, open 24 hours and there is a small parking area nearby, which is a 10 minute walk to the site.

What is physically there?

This ancient monument in the Medway valley, is made from local sarsen-stone and is a communal burial place built during the Neolithic Period, probably in the Third Millennium B.C. A thousand years older than Stonehenge!

The barrow stands on a natural terrace of chalk and has sadly suffered from many explorers and treasure seekers. The tomb chamber, originally contained in a rectangular, earthen mound structure, was bounded by standing stones, most of which have slipped or fallen. Fifty megalithic sarsen-stones surrounded the barrow as seen in the picture below. 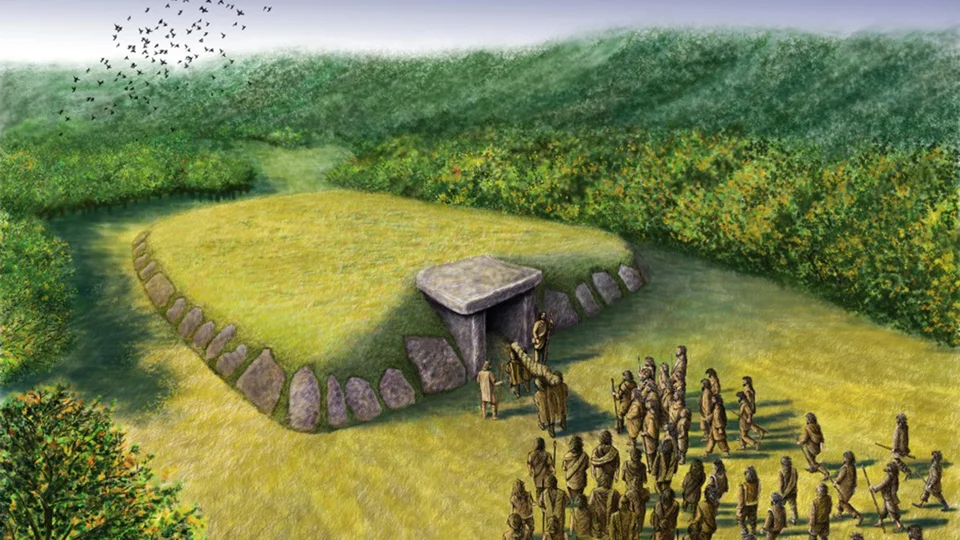 The ruin attracted attention of antiquarians in the 19th century and archaeological excavations took place in the early 20th century. Repairs were undertaken in the 1920s, with some of the major features saved, and in 1926 ownership was finally transferred to The National Trust. Interestingly and quite by coincidence it was the 10th July, being the day we visited the site, which was also Thelma’s birthday!

The burials, dug out in 1912, held the bones of a family of up to 22 people of both sexes and of various ages, buried over several hundred years.

The Coldrum Stones are believed to be named after a nearby farm, Coldrum Lodge (which has since been demolished) and is positioned not far from a prehistoric trackway known as the Pilgrims Way. 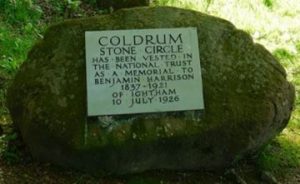 If you visit, you will see pieces of fabric or ribbons tied to nearby trees, these are known as ‘clooties’ (the Scottish Celtic word for cloth). They represent prayers for healing both physical and for relationships. The idea being that as the rag disintegrates, the ailment also fades away.

Other similar barrows can be found in the Medway area. There are two separate clusters: one to the west of the River Medway and the other on Bluebell Hill to the east. The western group includes the Coldrum Long Barrow, Addington Long Barrow and the Chestnuts Long Barrow. The eastern group consists of Smythe’s Megalithic, Kits Coty House and Little Kits Coty House.

The Medway long barrows all appear to conform to the same design plan and all aligned on an east to west axis. The chambers were all constructed from sarsen stone, a dense hard stone that can be found all over Kent. The tombs were typically located on hills and slopes, overlooking the landscape, perhaps at the junction between different territories.

There is so much more to capture the imagination of pre-historic Britain and to understand the minds of the builders and communities from a time we know so little about.

Let us know what you think when you visit: Contact us

More Out and About