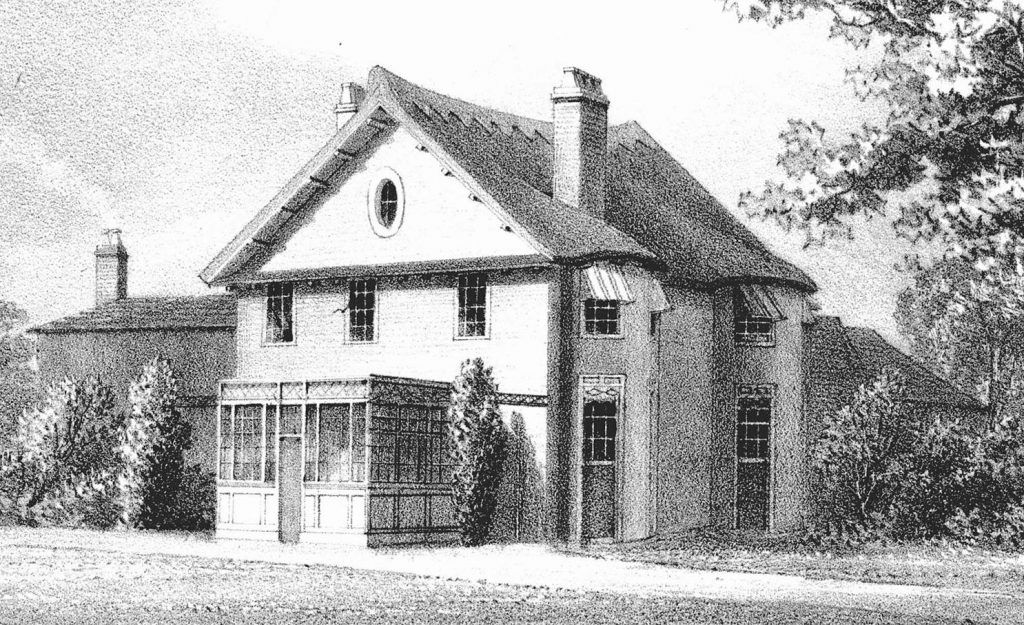 HRGS, has been investigating the area of land, just behind Gore Court Cricket Club on London Road. It was here that once stood the site of Rose Hill House, which was demolished in the 1970s.

The first excavations started in 2015 to discover more about its rich history. Rose Hill House, originally known as ‘Gore Hill’, was built by the wealthy Gore family of Ireland in about 1770. Arthur and Sir Booth Gore were tenants of the Tyndale family of Bobbing Court, who sold Bobbing Manor to Valentine Simpson of Sittingbourne in 1796. The Gore tenancy continued until 1800, when Mrs Frances Montrésor took over – her portrait was painted by the noted artist John Singleton Copley in 1778 and still hangs in the diplomatic reception rooms at the Harry S Truman building in the US Department of State, Washington DC. Her husband John, who died in 1799, had been a military engineer for the British Army in America during the War of Independence. She was a tenant at Gore Hill from 1801 until her death in 1826. In her time the house became known as Rose Hill. It is very likely she had the house clad in yellow mathematical tiles, as had been done at her former home, Belmont House in Throwley.  The last owner occupier of the house was Mrs Catherine Stocker.  The house was demolished in 1976.

For more information check out the Rose Hill website

The  work included a project to involve young people aged 11 – 25 explore their own local heritage and share it with the community.  Watch the video to see how they got on:

“This is a project that we have been interested in for quite some time as there are still many people around Sittingbourne that remember the house at Rose Hill and have fond memories of it.

It also gives us the chance to look out for other glimpses into Sittingbourne’s past, and who knows what else we will find, as Rose Hill is close to the Roman road, Watling Street and the Anglo-Saxon site at The Meads.”