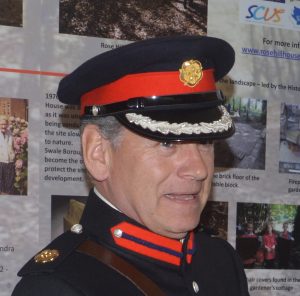 Paul has also served as Trustee and Chairman of Demelza House, a children’s hospice based in Kent, Sussex and South East London for 6 years. On retiring he was elected honorary Vice President and he continues to support the work of the charity.

He is a trustee of The Royal Navy and Royal Marines Children’s Fund based in Portsmouth and is actively involved in raising funds and awareness in the wider community of the needs of families and children, “The forgotten casualties of conflict”. He also serves on the development group raising funds for the restoration of Canterbury Cathedral.

Paul who is Kent based, has also been instrumental in setting up Classics on Track for Children, encouraging fellow motor sport enthusiasts to use their classic and GT sports cars on circuits in Southern England to raise funds for local charities.

He has 3 children one of whom, Oliver, is Chief Executive of the Checkmate Lifting and Safety business at Sheerness, a family business that is the proud recipient of 2 Queens awards for enterprise in the fields of export and innovation.